Yesterday I was reading the BBC news website, it’s pretty much 50% of my job as a comedian, and I came across this article – People hate red trousered men

This article was the 3rd most read article on the BBC News site. The 3rd most read. If you can’t be bothered to read it basically it’s about how people hate any man wearing red trousers. 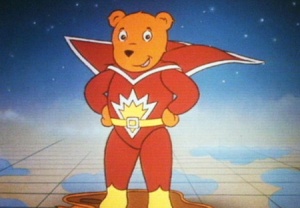 (Fuck you Superted you pretentious cunt!)

This is a serious news article, with interviews and everything, about how 46% of the UK hate men who wear red trousers. I have no problem with fun articles about fashion the problem I have is that yesterday it was the 3rd most read article. The main articles on the site were about Edward Snowden (the US government whistleblower) which had reached number 2 and a man in Ohio who was jailed for 1000 years, which didn’t even make the chart.

So what was in the number 1 spot? What was the story that had people up in arms and glued to their computer screens? Was it another government faux pas in the UK? Had David Cameron suggested poor people be burned as a cheap renewable energy source? Has Pat Sharp been arrested as part of Operation Yewtree?

(This week’s prizes include 200 hours of psychotherapy and a phobia of blonde mullets! YAY!)

Come on people we’re better than that! Sure it’s a great story and the woman is very brave for coming out about it, especially as she was a male US Marine who are notoriously open minded about these kind of things, but you know the reason people are reading it isn’t to hear about her strength and bravery it’s because they want to see this picture

That is one hell of a change right there.

Congrats people of the world you have failed the good taste test right there. I fully expect to check the BBC site today and the number 1 story to be about a man who married his pillow instead of our government’s foreign aid policy. 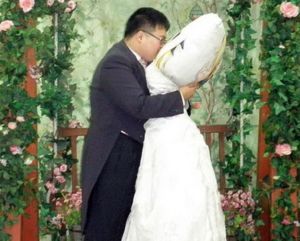 (oh no wait that was last week)